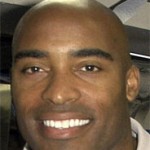 Stop me if you have heard this before.  A star NFL player has decided to come out of retirement and play this season.  No, it is not Brett Favre.  It’s former New York Giants running back Tiki Barber who has decided to make a comeback to the NFL.  He filed papers with the NFL to come out of retirement for the 2011 season.  What is intriguing about this story is that the Tampa Bay Bucs might be interested in Barber.  Bucs Head Coach Raheem Morris is definitely interested in Barber which could give Ronde Barber and Tiki Barber the chance to be teammates for the first time in the NFL.  Ronde Barber just signed a one-year extension with the Bucs and at age 36 does not seem to be slowing down.  Tiki Barber has not played in the NFL since the end of the 2006 season and is excited about a possible return.  Some team will take a chance on Tiki Barber and it just might be the Tampa Bay Buccaneers.  If that happens, there will be a lot of interest in the Bucs training camp this summer.