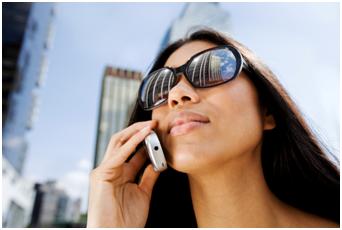 Have you ever gotten off a customer service call and wished that you had it recorded. When a company knows that you are relying on them for service they can be very obnoxious and rude. Well, not the company, but the customer service reps. I know that there can be some customers that call in and are absolutely rude, but there are times when consumers get the run-around. Those are the times when I wish that there was a recording of all that information.

Today I spoke to the Lowes Service Advantage Department about my washing machine that had not been working for weeks. A repair tech came to my home yesterday and was not able to get the washing machine fixed. I called Lowes to see what was going on and they said that in their system they have that the machine was fixed. I told them it was not fixed. They told me they would be sending someone out to see if it was fixed and to diagnose the problem. So, I am back to step one.

Part of my problem was relaying to them that there must be an error in what the tech told them, because the machine was definitely not fixed. I spent a few minutes explaining that the machine would not start. They became a little frustrated by the fact that I would not believe their reality of the machine being fixed; while I lived in the reality of having a machine that will not start. Maybe this is our little version of Lost and I am on the Island with the broken washing machine and they are in the Flash side-ways with the fixed washing machine. Hopefully our two realities will meet.

Anyway, the whole thing made me wish that someone could actually hear the conversation I was having. It all did not seem real. Maybe someday it will be a simple task for consumers in Florida to record their customer service calls.