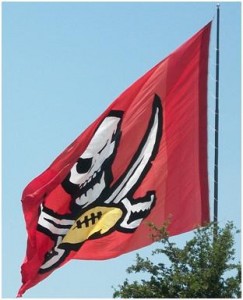 Josh Freeman has been out at practice as the Tampa Bay Buccaneers prepare for the season opener against   the Cleveland Browns at Raymond James this Sunday.  Freeman injured his thumb during the preseason game the Tampa Bay Buccaneers played against the Kansas City Chiefs.  Although Freeman is still on the Buc’s injured list he has practiced with the Buccaneers on Tuesday and Thursday this week, which means that there is huge chance that he will be starting against the Cleveland Browns this Sunday.   The Buccaneers are looking to overcome the horrible season they had last year and regain fans interests.   With the young quarter back like Josh Freeman, the Buccaneers are hoping to hone his skills and create years of successful seasons in Tampa Bay.  Fans can still purchase tickets for the season opener at buccaneers.com