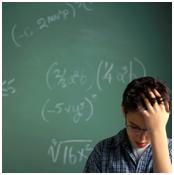 Recently a 15 year-old girl committed suicide after not being able to tolerate the taunting of classmates at her high school. Phoebe Prince was a beautiful 15 year-old Irish immigrant that faced a year of relentless bullying. Now, the group of teens that are accused of bullying her are facing criminal charges. At this point everyone wants justice for the teen. But before bullying results in someone hurting themselves or others what can be done to deter bullying. Bullying has proven to have deadly consequences in the past. Children can experience bullying at school, where they spend most of their waking hours. Now they are bullied online and through texting. This constant torture is more than any stable adult to bear. For a teen to have to go through this is beyond cruel. Teens should feel that they can talk to someone about being bullied and expect that something will be done about the bullying.

I don’t think the bullies in the recent case intended for someone to end their life. I also know that there are reformed bullies that are now adults that regret their former bullying ways. But bullying should have a zero-tolerance policy in all school across the country. From the results we see, some school officials are not taking bullying as seriously as they should. Only after Phoebe committed suicide did the bullies get any punishment from school officials. Serious action should be taken before someone commits suicide or homicide.

Florida law does require that schools take all bullying seriously, including cyber bullying and other bullying that occurs off campus. This law is a result of a one mom’s campaign to prevent other families from going through what her son endured. In 2005 , 15 year-old Jeffrey Johnston, who attended Ida S. Baker High School in Cape Coral, Florida, committed suicide after relentless bullying by classmates. His mother, Debbie Johnston, fought for a law to be created and in 2008 Governor Charlie Crist signed House Bill 669 which

Bullying has not stopped in school across Florida or the United States. Now students should face stiffer consequences beyond what schools can give. Parents of bullies need to work with their children to stop their negative behavior. In some cases charges should filed against the bullies, and this should happen before any loses a life.